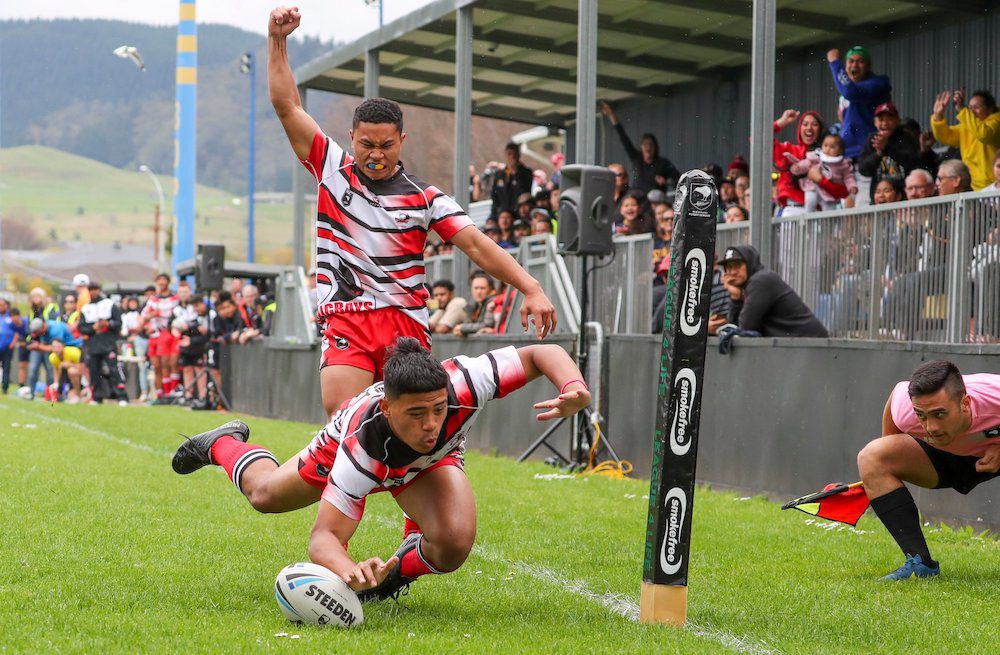 Rugby league is set to bring thousands of people into Rotorua with an economic impact that will benefit the accommodation, hospitality and tourism sectors as the city becomes a firm favourite for the sport’s organisers.

Eight tournaments across seven weekends are helping to fill the city’s events calendar this year, with more games on the horizon as Rotorua is positioned to become the hub for Rugby League.

With teams from the NZ Māori Rugby League (NZMRL) and NZ Rugby League (NZRL) competitions heading to Rotorua, as well as whānau and supporters, tournaments are estimated to bring thousands to the city over the next few months.

“But it’s more than the venues that brings these games to Rotorua. It’s everything about the game that makes Rotorua our preferred location to host – the kai, the culture and most importantly, the people.

“The manaakitanga and whanaungatanga the people of the city bring to each tournament is infectious and I think this is because the rugby league culture has been ingrained within the community for many generations – this is ultimately why we choose to play in Rotorua, to be a part of this atmosphere.”

First to hit Puketawhero Park is the NZMRL Tamariki tournament this coming weekend 24-25 April, followed by the Teina tournament in July.

Mr Devonshire says both will be exciting tournaments as these two groups weren’t able to play last year due to COVID restrictions.

“Rugby league brings the community together, with parents, nannies and koro out to support their tamariki and mokopuna.”

The highly anticipated Rangatahi and Tuakana tournaments will be played at Rotorua International Stadium, with NRL clubs, scouts and managers attending.

He says having these games played at the stadium will create an exciting atmosphere for the players as well as their supporters.

“Nothing beats playing on the professional grounds of a stadium and we’re excited to be in Rotorua where the rugby league community are immensely proud and passionate.”

In addition to the NZMRL tournaments, NZRL is bringing a further three competitions to Rotorua.

National football operations manager, David McMeeken says Rotorua acts as the epicentre for its games nationally, with plenty of accommodation for teams and their travelling whānau.

“Matches can easily bring 450-plus players and team management, along with 1500 supporters per tournament.

“This makes for an action-packed weekend, where accommodation providers, hospitality outlets and tourist attractions are brimming from the influx of people into the city.”

Mr McMeeken says NZRL is working towards securing more games for Rotorua and the wider Bay of Plenty.

Bay of Plenty District Rugby League treasurer/secretary, Jenny Nahu says Puketawhero Park is a beautiful, purpose-built venue that is known as the home of rugby league in the Bay of Plenty.

She says the atmosphere on tournament weekends is unbeatable, both on and off the field.

“A large component of rugby league is centred around whānau, demonstrated through the amount of people of all ages on the sideline.”

She says the tournaments also provide an opportunity for clubs to come together and encourage participation in the sport.

“There is a lot of good that comes out of being a part of a rugby league team – wellbeing, a sense of community and a drive to do more.”

“We hope to secure even more, including some of the premiership matches. For this reason, it’s important to continue investing in our facilities,” says Mr Watene.

“Council has worked closely with Rotorua’s rugby league community, the NZMRL and NZRL to ensure we get these events to our city. Supporting sports with a strong cultural connection to Rotorua is a key focus for us.

“We encourage the Rotorua community to get involved and head along to the sideline of one of these games. Each tournament will bring something different to the atmosphere, from the NZMRL Tamariki tournament offering some fun, to the NZRL North Island Men’s Championship tournament posing some hair-raising competition.”

For all the event information, visit Rotorua Nui – https://www.rotoruanui.nz/