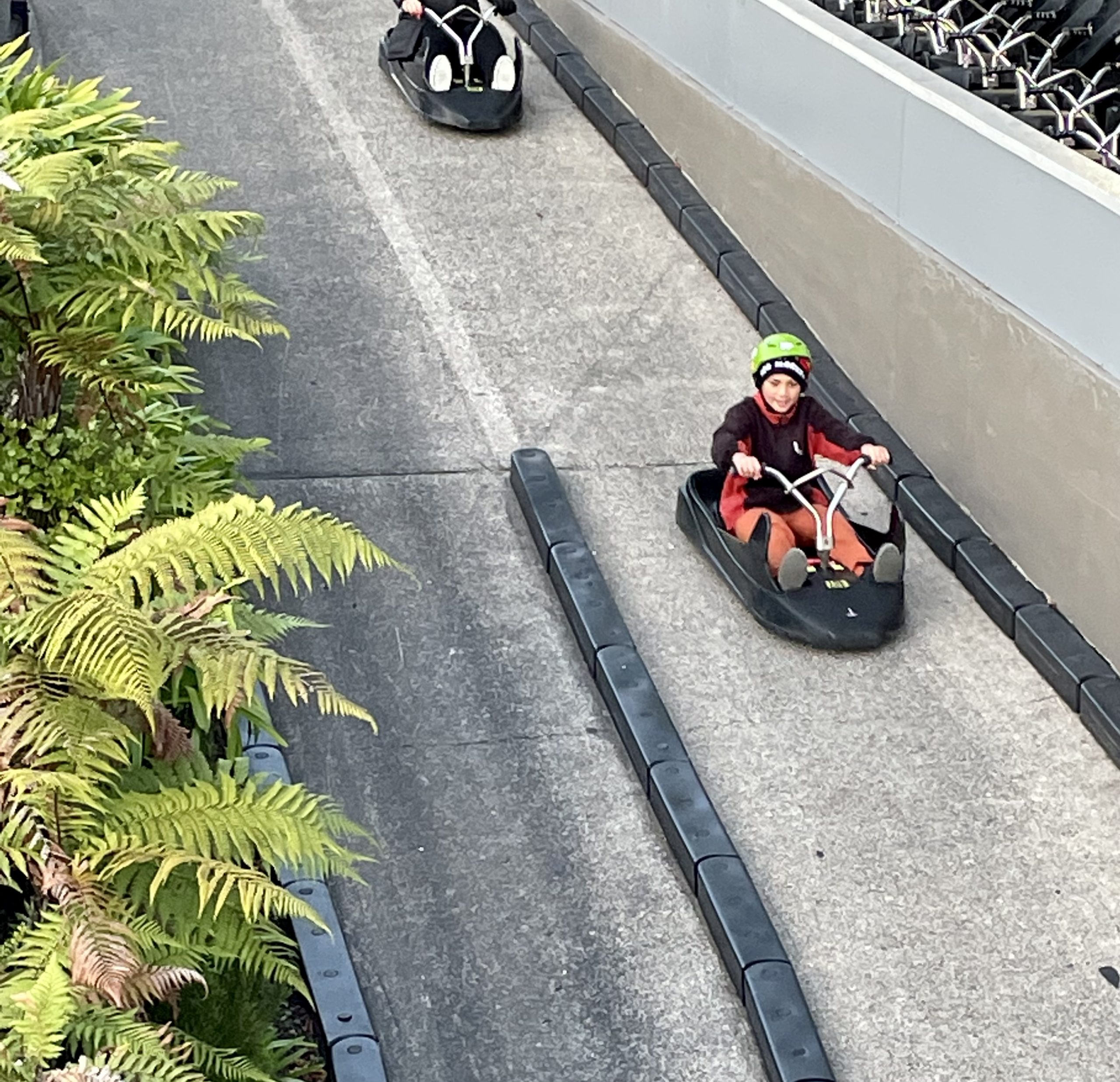 Thrill seekers will be spoilt for choice with the opening of three new Luge tracks at Skyline Rotorua today, now with five Luge tracks to choose from.

This is a significant milestone as the longstanding Kiwi attraction gears up for Queen’s Birthday weekend, Matariki and the school holidays. The development also comes in time for the full re-opening of international borders in July.

Skyline Rotorua General Manager, Andrew Jensen, says the past couple of years have been challenging for tourism operators across Aotearoa and they’ve appreciated the unwavering support from locals.

“There is no doubt that domestic tourism has kept us going — mentally and physically — through this tough time. In turn, we’re focused on bringing them new innovations and keeping our tracks fresh so they’ll keep coming back to see us.

“Having said that, we’re super excited to welcome back our international manuhiri and I know we’re not the only ones eagerly anticipating their return.”

Mr Jensen says the new tracks are longer, smoother and safer than ever before — while the new tunnel lighting is a genuine Luge world-first.

“It is 100 per cent gravity fuelled fun — there is nothing else like this. Skyline is continually evolving the Luge model and track designs, and our lastest design is truly state of the art.”

The project has been in the pipeline for more than four years, with construction taking about 14 months to complete. Skyline made a concious decision to support and use local contractors for the development.

A sustainable approach was utilised for the entire project, with 12,000 native trees planted onsite and four water retention ponds created. Old Luge carts were shredded and recycled into track curbing, old concrete from the tracks was crushed and used on site and no soil was removed from the property.

Mr Jensen says despite the challenges of the past two years, the potential of tourism has never looked stronger — both in Rotorua and nationally.

“This track investment reflects Skyline’s confidence in tourism, Rotorua and the fun of Luge — plus the industry’s ability to bounce back.”

“If you haven’t been to visit us yet — or recently — bring your whānau and friends to check it out. It’s a great way to support our region.”

Rotorua Mayor Steve Chadwick says Skyline Rotorua has been a “tried and true favourite” for locals, Kiwi visitors and overseas tourists for many years and it’s great to see a local operator continuing to evolve and expand. “I also like the sustainable approach to this project — that’s also important,” she says.

“The luge is something I’ve really enjoyed taking my own whānau to and it’s fantastic to see more additions to an every-changing recreation landscape that is loved and enjoyed by locals as much as it is by visitors.

“New offerings like this, especially as we look forward to welcoming international visitors again, will keep people coming back and lingering for longer. This is great news for Rotorua,” Mayor Chadwick says.

Skyline Rotorua is an iconic tourist attraction for the city, bringing in more than 8 million visitors since it opened in 1985.

More than 25 million luge rides have been undertaken in that time, ensuring the attraction has become part of Kiwi culture and a must-do activity for international manuhiri.

Skyline Rotorua is the home of Luge, where it began in 1985. It is loved by millions of people around the world, with Skyline now hosting Luge operations in Canada, Singapore and South Korea with other tracks in the pipeline.