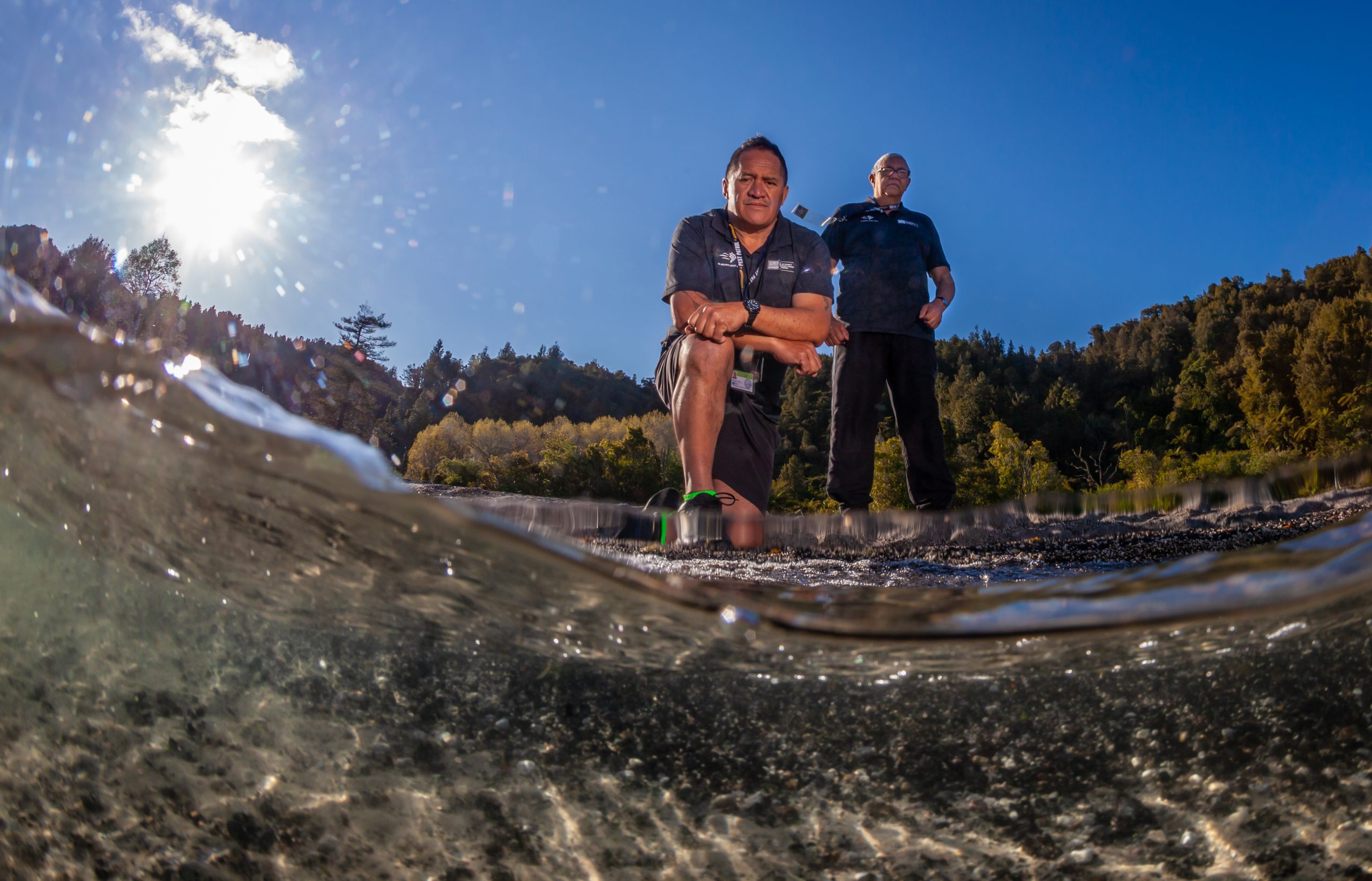 While the opening of the 2020 trout fishing season this week has generated the usual level of excitement from locals and manuhiri alike, today also marks some key milestones for the protection of freshwater taonga and Te Arawa lakes.

Today <<sub: Thursday 1 October>>, four warranted biosecurity officers from Te Arawa Lakes Trust will be located at Lake Tarawera and the Otaramarae boat ramps to inspect every boat that goes into the water to help raise awareness of the crucial steps that need to be taken to prevent the spread of pests and disease.

This year marks the first time the Trust has taken over a warranted biosecurity role, creating new opportunities for 15 Te Arawa hunga tiaki. The officers are warranted under the Biosecurity Act and are authorised by Bay of Plenty Regional Council (BOPRC).

Trust Operations Manager, William Anaru says the TALT officers will be working alongside BOPRC to help protect the taonga and prevent biosecurity issues.

“We want to kick off the trout season in the way we will continue over summer – helping boaties understand the risks and the steps they need to take themselves to prevent the spread of pest weed and species,” says William.

“Its critical that everyone on the lake – regardless if they are fishing, water skiing or cruising – checks their boat, trailer and gear before and after every trip. Even the smallest piece of weed or tiny fish egg can create a major biosecurity issue in a lake or waterway.”

The team will be handing out information as well as doing boat inspections, while they’re also running a sausage sizzle at Otaramarae Boat Ramp.

At the same time, promotion of the new Fisheries Bylaws in the Te Arawa Lakes will also be kicking off.

The Bylaws are designed to ensure the long-term sustainability of Te Arawa freshwater taonga species, and while they were officially gazetted by the Ministry of Primary Industries in April, the rollout was disrupted by COVID-19 lockdowns.

TALT Environment Manager, Nicki Douglas says the Bylaws have been 10 years in the making and mean anyone who wants to collect freshwater taonga species will need a puka whakamana (permit) from Te Arawa.

The Bylaws also put restrictions on the size, quantity and methods of harvesting protected species to enable them to regenerate for  future generations.

“The opening of the 2020 trout season gives us the perfect opportunity to raise awareness of the new Bylaws – but its important that people know that the Bylaws only apply to our native freshwater species, not trout.”

The species covered by the Bylaws are: kōura (freshwater crayfish),tuna (eels), kākahi (freshwater mussels), īnanga (whitebait) and morihana (goldfish). The new rules enforce a total closure of the kōaro fishery because its numbers are unsustainably low.

“Freshwater taonga are a traditional food source for Te Arawa, but they have been in decline for some time, so there needed to be a change to help protect and replenish the native species.

Ms Douglas says there have been recent cases of people diving to harvest kōura in large numbers. One of the new rules bans SCUBA diving for fish.

“This recognises the value and importance of traditional ways of fishing. SCUBA diving is a risk to long-term sustainability of the fishery, but older methods like fyke nets and free diving give the species a chance to regenerate.”

The Bylaws were developed by Te Komiti Whakahaere, the Te Arawa Fisheries Committee, which sits within Te Arawa Lakes Trust. There was extensive engagement with Government agencies such as Ministry for Primary Industries (MPI),  DOC and relevant organisations such as Fish and Game.

Ms Douglas says the aspiratons of hapū and iwi have shaped the bylaws and whānau are now able to put their names forward as Poutiriao (guardians).

Information gathered from permit holders (such as what they caught and where) will be used to get a better picture of the heath and sustainability of lake species over time.

To get a permit, go to pukawhakamana@tearawa.iwi.nz. For a full list of the species and Bylaw details, go to https://tearawa.iwi.nz/fisheries-regulations/

Make the most of your social media posts