Home / Insights / Rotorua team takes on GODZone and its elements

Rotorua team takes on GODZone and its elements 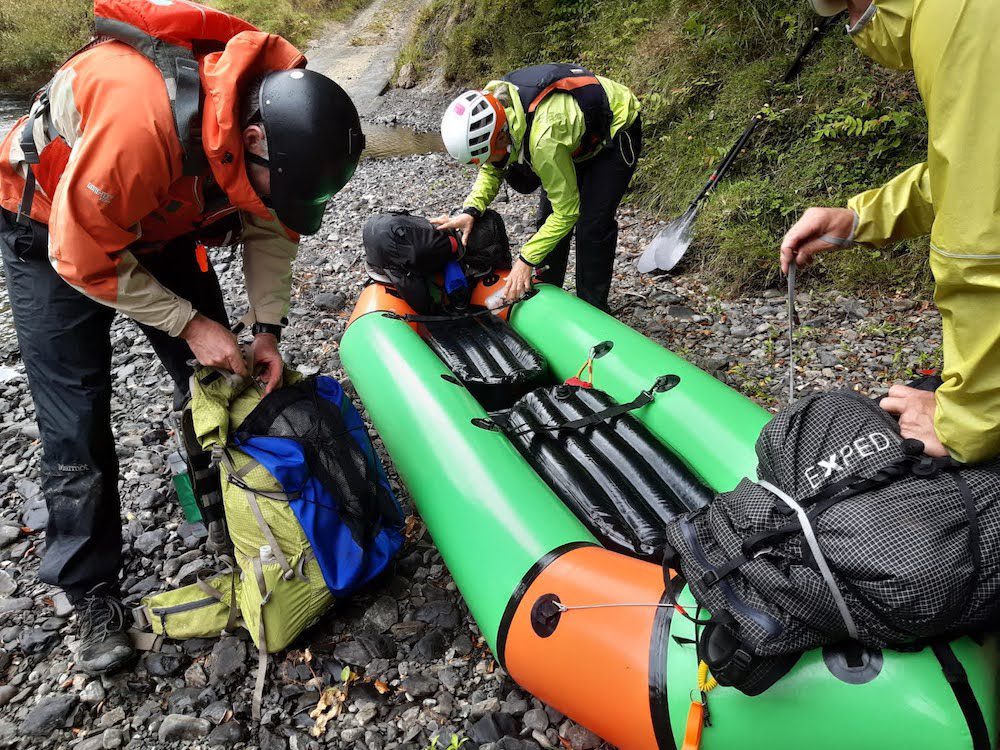 Adventure racers from around New Zealand are set to tackle the world’s largest expedition race – GODZone Chapter 9 in Rotorua – starting this Thursday 4 March, with over a dozen competitors from our own backyard.

The course, which includes native forests, hot and cold lakes, volcanic landscapes and complex river systems, has been designed with the potential of Level 2 in mind. The nine-day mission has been created to push every competitor to their limits – even those who are most familiar with the Bay of Plenty’s challenging terrain.

Further teams that include Rotorua-based competitors are Out for the View, Eudaimonia, Nga Rakau, Adventures Powered by MITOQ, and Radix Nutrition.

“This is the first time GODZone has taken place in the North Island, and last week this was the differentiating factor of the event. But now, the recent change in alert levels has created further challenges for teams, especially those with team members and support crews based in Auckland,” says Mr Griffiths.

“GODZone is certainly not the type of event that you can “wing”. The commitment and dedication to making the start line is a journey in itself and to be tripped in the final few days is tough.”

GODZone event director, Warren Bates says the event was planned with potential COVID restrictions in mind, and the organising team has been working closely with authorities to ensure the event can go ahead safely.

“Ultimately, we’re committed to keeping New Zealand safe and will do whatever we can to make sure we operate safely by abiding by the restrictions in place. This means anyone currently still in Auckland won’t be able to attend the event, which will be distressing for many teams to say the very least.

“Aucklanders who left before the Government’s announcement can attend but will have to return a negative COVID-19 test as a pre-requisite.

“This additional layer has been put in place to give our major partners, competitors and support crew, and most of all the Rotorua community comfort that we are all doing everything in our collective power to reduce transmission risks,” says Mr Bates.

GODZone Chapter 9 will offer a glimpse into native New Zealand like no other and unlike the wide-open plains and rounded hills of much of the South Island where GODZone has traditionally been held, navigating it will take the endurance challenge to a whole new level.

“One of the benefits of being local is that we’re very aware of the size and scale of things locally,” says Griffiths.

“While a map of our extensive pine forests may show only four gravel roads, we know from experience that there could also be 180km of mountain biking tracks and forestry roads going to any number of skid sites.

“Bush lawyer, stinging nettle and supplejack can make for a rather unpleasant journey in the native bush, which can also be thick and vast.

“You need to know where you are the whole time. Most of the successful teams will have extremely good map readers, and if there’s a lot of native bush navigation, teams will need more than one.”

GODZone competitors will only receive the course information the day before, so having the skills and experience to get to grips with the layout quickly will be imperative.

“In our Element” is mostly made up of Rotorua Lakes Council staff members, with the team name reflecting Rotorua’s four main elements – earth, wind, fire and water.

Rotorua Mayor, Steve Chadwick says just like the GODZone course itself, the road to this point has not been straight forward.

“We are continuing to adapt to the significant impact of the pandemic and I extend my condolences to those who won’t be able to compete this year. I know everyone on the ground has been working hard to deliver a fantastic event while ensuring strict adherence to COVID-19 safety measures. I commend them for their resilience and tenacity.

“There’s a reason Rotorua was chosen as the first location outside of the South Island to host GODZone. We have a unique and spectacular environment that will challenge racers and a community that is renowned for its manaakitanga in hosting visitors and delivering successful events.

“Rotorua Lakes Council is proud to support this event and we look forward to welcoming all competitors and their support crews. We especially wish good luck to our local teams.”

“In our Element” has been training for over a year individually and as a team.

“As part of our training missions, we’ve explored much of the surrounding area in ways that we normally never do,” says Griffiths.

“We’ve had some great pack rafting and trekking trips around the lakes, heading off after work for five-hour pack rafting trips that end up including a number of lakes, like Tarawera, Okataina and Okareka.

“That’s the great thing about having an expansive adventure playground in your backyard, you can easily do a five-hour mission after hours with the lakes and mountain biking trails a mere 10 minutes away for most.”

Griffiths says the team have also been on a handful of multi-day adventures, exploring Whirinaki, Motu and Urewera.

“We’re under no illusion how hard this will be, and our secret weapon will be our support crew.

“Eric is the Three Waters manager, so is the perfect fit to help keep things ‘flowing’. Plus he’s a super keen adventurer, biker and hunter. Ross is a butcher and the former owner of the Meat Shoppe so has a great grasp on protein-rich nutrition, which may just be the thing that sees us through!

“We’ll move as quickly and efficiently as possible, keeping an eye on each other to make sure we’re all coping as well as we can.

“Our ultimate goal is to complete the long course after a good adventure intact, smiling and still friends.”

Supporters wishing to follow the race can do so via the GODZone website in real-time where GPS tracking will be broadcast throughout the event.